We have two fantastic guest speakers from Elder Research, Dr. John Elder, Founder and Chair, and Kimberly Keiter, Data Scientist. Dr. Elder's talk is titled "Top 3 Things I've Learned in 3 Decades of Data Science", while Kimberly will discuss working as a data scientist in the consulting field. The link to Elder Research includes a 6-minute introductory video, and below are bios and an abstract of Dr. Elder's talk.

This session is open to the everyone in the StatSci department.

The three most important analytic innovations I've seen in three decades of extracting useful information from data have to do with:  Ensemble models, Target Shuffling, and Cognitive Biases. Ensembles are sets of competing models that often combine to be more accurate than the best of their components. Target Shuffling is a resampling method that corrects for "p-hacking" or the "vast search effect" where spurious correlations are frequently seized upon by modern methods' ability to try millions of hypotheses. And the third, Cognitive Biases, is the dawning understanding of how deeply flawed our own reasoning naturally is.  This especially reveals how doomed our projects will be unless we seek out -- and attend to – external critique.

John Elder founded Elder Research (www.elderresearch.com) in 1995.  He has co-authored 3 books on analytics (2 of which won "book of the year" for Mathematics or Computer Science), was a discoverer of ensemble methods, chairs international conferences, and is a popular keynote speaker.  Dr. Elder is an (occasional) Adjunct Professor of Systems Engineering at UVA, and he was named by President Bush to serve 5 years on a panel to guide technology for national security.

Kimberly Kaiter graduated from UNC-Chapel Hill with a BS in Applied Mathematics and Chemistry. While working at UNC as a research assistant in an organic chemistry lab, she enjoyed analyzing data to solve problems so, to advance those skills, she completed an MS in Analytics from NC State University. Since joining Elder Research, Kimberly has helped clients in the consumer packaged goods industry extract actionable insights from existing data. In her spare time, Kimberly enjoys playing board games, hiking, and spending time with friends and family. 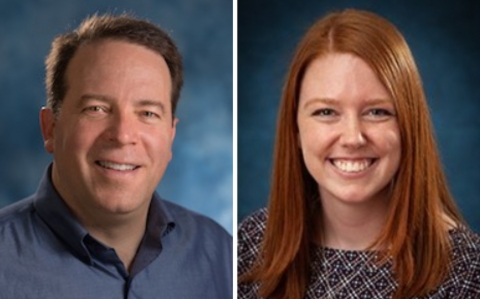